It's my Birthday! And I found AMAZING skincare stuff at Ross! 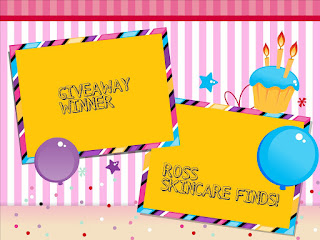 THANK YOU ALL for making this such a special birthday.

NOTE: I paid for the products mentioned in this video with my own money. I just wanted to let you know about them because they are THAT GOOD.
Posted by Nacho Mama at 9:41 PM No comments: 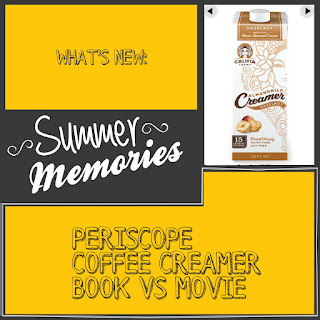 Just a quick "checking in" video, answering your coffee creamer questions, sharing on Periscope and what's new with the Book VS Movie podcast.

The "Dealing with Internet Haters" Periscope discussion will air this Thursday, 7/16/15 at 5pm Pacific. I have no idea who will show up or how the conversation will go-it's LIVE!
Follow me on Periscope @shesnachomama

Have YOU had experience with people attempting to shame you online? How do you deal with it?

Check out the latest Book VS Movie episodes and extras at our facebook page: https://www.facebook.com/bookversusmovie

How is your summer going? Have YOU had experience with people attempting to shame you online? How do you deal with it?

Wishing you love with extra cheese-
Nacho Mama
Posted by Nacho Mama at 8:48 AM 1 comment:

My Fitbloggin friend Liz (A Prior Fat Girl) has started a great link up called "Mental Health Monday" - stay tuned for more content on taking care of our minds and spirits as well as our bodies!

Are you on PERISCOPE? Follow me on Periscope, we'll have live webinars & chats about motivation, body image and more! Margo Porras @shesnachomama

This Mental Health Monday, I am sharing something that has been a part of my daily mental health maintenance for quite a while: The Miracle Morning.

Learn more about The Miracle Morning at Hal Elrod's site.

THANK YOU to Liz for starting "Mental Health Mondays"! Check out the linkup HERE.

© Nacho Mama and nachomamasblog.com, 2009-2015. Unauthorized use and/or duplication of this material without express and written permission from this channel's author and/or owner is strictly prohibited.
Posted by Nacho Mama at 11:22 AM 5 comments:

Let's start with the "just for fun" stuff.

1. Getting to see and hug all my Fitbloggin friends! To name a few:
What's that? Oh yeah, there was a flashmob. Yes, again.

2. THE FLASH FITMOB
This is the 3rd time the "fitmob" has hit Fitbloggin. I still cannot believe any of these people agree to participate. For every "yes" there are at least 2 "nos", so it makes the effort and final product of the group that much more meaningful. They TRULY rocked it this year!

The flashmob originally started because I was nervous about attending a conference where, for the first time ever, I did not know a single soul "IRL". It's become a great way for seasoned Fitbloggers and newbies to bond long before the conference begins.

I'll try to locate some video. We were kind of amazing.

4. The Scavenger Hunt
Christine (Dubyawife) organized a crazy (seriously, KRAY-ZEE) scavenger hunt that had us invading the streets of Denver, asking cops to marry us, serenading strangers and, um, bending the law (allegedly).

5. Off-Time
One of my favorite things about Fitbloggin is what happens during the off-times between and after the official sessions and festivities.

Kelly and I spent a great afternoon enjoying lunch at ModMarket (ModMarketplace?) and enjoying some of the sights of downtown Denver, including the ballpark.
Deb and I took a beautiful walk along the "creek", which here in California would be considered a raging river, if not a tsunami. We miss water.

I had a wonderful talk with Susan (SusanIto.com) that was so enthralling, we forgot to take a selfie!

6. Jen
Two years ago Jennifer (Perfect In Our Imperfections) and I proposed similar session topics to Fitbloggin. Roni suggested we present together. We decided we might as well room together while we were at it, and a Fitbloggin tradition was born. Jennifer is the reason I don't bite anyone's head off or throw chanclas at Fitbloggin breakfasts. You're welcome.

7. Roni (and Team Fitbloggin)
Roni is remarkably shy and yet still has managed to pull off this HUGE, multifaceted event year after year. Next year Fitbloggin gets passed into the hands of a new team. That means Roni may actually get in on more of the fun from now on. Which is as it should be, because Roni is the sh*t.

Okay, that's about all I can manage for now. Stay tuned for more fun, LOADS of fitness and some stuff I actually learned.
Yes, me!