And the WINNER of the Dollar General giveaway is...

Alaine 88! Congratulations! I'll be emailing you later today for your info. Enjoy your Dollar General giftcard!

BIG GRACIAS to everyone who entered. :)

STAY TUNED for my recap of the Latina Lifestyle Blogger's conference and ANOTHER GREAT GIVEAWAY! Yeah, I've got some real "beauties" lined up for you!

#GIVEAWAY! Who's excited about saving at Dollar General? #DGLatino

If you heard my podcast about couponing a while back, you know that this mom LOVES to save!
Back when I lived on the east coast, one of my FAVORITE places to save was DOLLAR GENERAL! As a mom who loves to save and with couponing being all the rage these days, I'm always surprised that more people don't explore their local "dollar store" - there are so many brilliant bargains there!

Looking for ways to lighten up your favorite recipes? Needs some tips for eating out while watching your waistline? Never fear! I'll have LOADS of great ideas and resources to share with you!
Read more »
Posted by Nacho Mama at 8:47 AM No comments:


Oops! I forgot to mention the names on the colors! They are:


Disclosure: The items mentioned in this review were bought and paid for by myself.

Posted by Nacho Mama at 1:38 PM No comments:

At the risk of seriously dating myself, I vividly remember how visiting San Diego's beautiful beaches meant you had to keep out a keen eye for broken glass and smoldering cigarette butts. Swimming in the ocean, I was as likely to get caught in trash as kelp. It was a time when "cleaning up the car" meant chucking your fast food wrappers and containers out of the window as you sped down the highway, not even pausing to notice that crying "Indian".
But then, in my lifetime, there was a huge shift in the public consciousness. We stopped littering, complained about pollution, changed legislation and started recycling. Why?

Do you have a "dream board" or a "vision board"? It sounds corny but these little "craft projects" can actually go a long way to help you realize your goals now matter what they are: weightloss, professional, fitness, family, spiritual, financial...you name it! Join us as we explore the wonderful world of "dream boards"! Our special guest this week is Jen Hibbits of Not Just Another Jen.
Got a question? WE WILL BE TAKING LIVE CALLS during the broadcast OR YOU CAN POST YOUR QUESTIONS IN THE LIVE CHATROOM which will also be open during the broadcast.

Hello everyone! I'm back from Miami and I can't wait to share some of the wonderful people I met and heard there. I arrived a day after the conference had started, so I missed the truly inspirational presentation by Ted Rubin talking about one of my favorite topics: how social media is all about relationships. I flew out early on Wednesday courtesy of Hispanicize sponsor Southwest Airlines. I was SOOOO impressed by their new "Evolve" interiors and all the staff were extremely friendly and helpful-thanks Southwest!

PODCAST! Episode 15: THIRTY Things to do instead of snacking

This episode was pre-recorded. Click the player to listen NOW!

It's 3pm-do you feel SNACK ATTACK coming on? Join me as we discuss the dreaded 3pm Snack Attack and how to navigate it while supporting your healthy living goals!

Did you wear glasses as a kid?  I always had perfect vision in elementary school. I passed all the vision exams (administered by the school nurse) with flying colors year after year. When I transferred to a Catholic school, the nurse no longer tested our vision on a regular basis. Then one day when I was a sophomore in high school, I was waking up and realized that I couldn't read the calendar on the wall of my room with my left eye. In fact, I could hardly see anything with my left eye at all-it was a very scary surprise!  Even though I was already a teenager, I had a hard time explaining what I was experiencing to my parents. Finally they decided to take me to an eye doctor to get some answers and we discovered that I had astigmatism and serious vision loss in my left eye. My right eye was also losing some vision from having to compensate for the left one. I've worn glasses ever since. I'll never forget the first time I put on my glasses, it was like I was really seeing the world for the first time. I remember wondering, "How long has this been going on? And what have I been missing all this time?"

Hello everyone! Hope your spring is as gorgeous as mine has been so far. I am SOOOOOO excited to announce that I will be spending the rest of the week at HISPANICIZE 2012!!

Is you remember the post I wrote about last year's Hispanicize conference, you'll understand why I'm so excited to get together with all my Hispanicize friends again. Plus? This will be my FIRST TIME in Miami! So I hope you'll all understand that that is why I'm having to pretape this week's episode
Read more »
Posted by Nacho Mama at 1:44 PM No comments:

HAPPY EASTER AND PASSOVER EVERYONE! And because chocolate makes all family holidays more palatable...
Wishing you love with extra cheese-
Nacho Mama

Posted by Nacho Mama at 6:39 AM No comments:

Email ThisBlogThis!Share to TwitterShare to FacebookShare to Pinterest
Labels: Holidays

We have a WINNER! The Ross Dress for Less card goes to....

Our randomly selected winner is...
Adriana's Best Recipes! Congratulations! Hope you get some FAB spring shoes!
Please send me your contact info and I'll have the giftcard sent out to you ASAP. 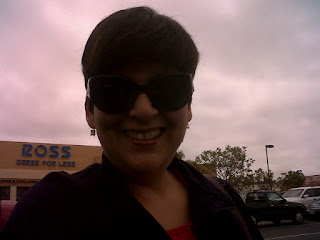 Hope you all have a very fashionable spring! And stay tuned here at Nacho Mama's Blog-I have LOTS more great giveaways coming up!

#LALLBLOG Giveaway! And the winner is...

"Allergic to Vanilla!" CONGRATULATIONS! I can't wait to meet you in Los Angeles at the end of the month! SEE YOU at the Latina Lifestyle Bloggers Conference in LA!
For those of you still interested in joining us in Los Angeles April 26-28, please follow the LALLBLOG Conference Event on Facebook.

And stay tuned-I'll be announcing the winner of the Ross Dress for Less giveaway later today!

Email ThisBlogThis!Share to TwitterShare to FacebookShare to Pinterest
Labels: GIVEAWAY

I have been wanting the perfect green dress for YEARS. Years! Don't ask me why, but there's something about a green dress that makes me think an Elizabeth Taylor moment might be possible for me after all. Ever since I was a kid and saw her in that green dress in Suddenly Last Summer, I've wanted a green dress for myself. You know the one:
I've searched EVERYWHERE for my green dress, to no avail. Then, suddenly, Macy's sent it to me! I knew they were sending me a piece from their new Doo.Ri collection, I had no idea that the piece would be MY GREEN DRESS!

First, a little bit about the designer:


"Doo-Ri Chung has quickly established herself as a designer whose work is admired as much for its beauty as for its technical brilliance. Since launching her signature collection in 2003, Doo-Ri Chung has made her mark as one of the leading lights of the next generation of great American designers.  Within a year of launching her label, Chung was named as a finalist in the first-ever Council of Fashion Designers of America/Vogue Fashion Fund (CVFF) and was prominently featured in the Douglas Keeve film “Seamless,” which documented the challenges and triumphs of three talented designers with growing businesses. By 2005, she had been inducted as a member of the Council of Fashion Designers of America (CFDA) and in 2006 won the Samsung Fashion Design Fund Award, CFDA Swarovski/Perry Ellis Award for Emerging Design Talent and the CVFF grand prize. In that same year, she also became the first American designer to be nominated for Switzerland's Stella Award."

According to Macy's, "The "doo.ri capsule" reflects the designer's signature styling and treasured craftsmanship that have made her an instant success. With modest, yet fascinating details, from the choice of fabric to her signature draping, the doo.ri capsule is a fusion of sumptuous and collectible pieces that can easily transition from day to night. Priced on average from $39-$159, the collection will feature soft fabrics, art inspired prints and feminine silhouettes, all grounded in blues and greys with red, black and orange infused throughout. The “doo.ri for Impulse only at Macy’s” collection combines collectible pieces that are modern, versatile and wholly feminine, representing a woman that is effortlessly chic."

I couldn't agree more! My Green Dress is light, comfy and effortless. I love the draping and the way it can be dressy enough for a wedding or casual enough to pair with a jean jacket for brunch. I can't wait to wear THE GREEN DRESS everywhere this summer.

Thanks, Macy's! I finally get to have my "Taylor Moment"!

If you've got a wedding, a graduation or even a hot date this summer, I hope you'll check out the new “doo.ri for Impulse only at Macy’s” collection. Let me know what you find!

Wishing you a fashionable summer with extra cheese-
Nacho Mama

Disclosure: I was sent this dress for review by Macy's. The above is my honest opinion, honest!

Posted by Nacho Mama at 8:04 PM No comments:


In the third installment of our revolving 3-part series, we discuss the final piece of the puzzle for healthy living: MOTIVATION! Join me and my special guest as we discuss why MOTIVATION is as essential to your physical and emotional well-being as fitness and healthy eating! We'd love to know: What keeps YOU motivated? Our guest today is Susan Jenztsch, founder of Moda by Sofia, a fitnesswear line designed for plus-sized women and motivational contributor to the Lifetime series "The Balancing Act."