Can you believe it's almost October? Can someone please tell Mother Nature that she can turn down the heat here in Socal, already? The great thing about this time of year is that I always get plenty of GIVEAWAYS to share with all of you and today is no different! 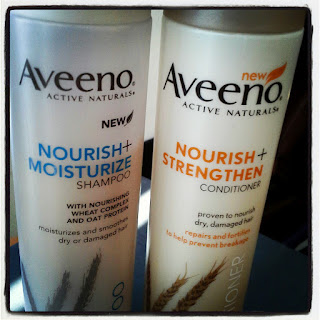 As many of you know, I am a SERIOUS couponer. That means I generally have NO brand loyalty and love to try new products all the time. Sometimes, though, I must admit this "cowgirl" approach to shopping comes back to bite me. Case in point: shampoo.

I've been in a super good mood lately because FALL is finally here! For me, that means cooking and CRAFTING for Halloween, Day of the Dead and beyond!
﻿

All summer I've been dreaming about buying a "Day of the Dead" apron to do all my cooking in. They are pretty easy to find here in San Diego (not to mention online) but hijole, are they pricey! They start at $40 (at least the cute ones do) and that is waaaay out of my budget.

Remember Speedwalking? I do. It was very popular here in San Diego during the 80s and early 90s. Nowadays, though....the Speedwalkers seem to have vanished. Sure, many people like me can be seen on our streets and in our parks walking for fitness and fun, but how much fun can it be, really, when we've completely abandoned the technique?

We're talking about sleep again, and I'm happy to report that I've been sleeping MUCH better lately, yay! My kids have always been really good sleepers, and I like to think that's because they have a pretty solid bedtime ritual. Both my kids end the day with a glass of milk and a nice story to settle them down for the night. This ritual helps settle MOM down, too! Plus it helps me get in one of the 2-3 servings of lean dairy I try to get every day.

I recently received the cutest bedtime story from Otroscuentos.com! My son especially enjoyed it.

Email ThisBlogThis!Share to TwitterShare to FacebookShare to Pinterest
Labels: Latina Mom Bloggers, Latism, Master of the Glass Half Full

PODCAST Episode 33: How HABITS Can Make or Break Your Healthy Goals

Lately weightloss experts have been asserting that it's not willpower, but HABIT that is the key to meeting and keeping your weightloss and fitness goals. Join us as we discuss HABITS: the healthy, the unhealthy, making them and breaking them!

Skip the Snacking and "See What Unfolds" ! #spon


Not too long ago I did about podcast about "30 Things to Do Instead of Snacking". I'm happy to say I've tried many of the tips suggested by some of my favorite weightloss bloggers with great success, but I also realized I forgot to share one of my favorite ways to curb a "Snack Attack"-CHEWING GUM!

For me, the danger time is always around 3pm.

Hi everyone! Hot enough for ya?

It is SWELTERING here in San Diego! Which made it pretty difficult to get through Zumba class today. I get a lot of questions from my students about the song I always play at the end of every Zumba class. It's Alesha Dixon's "Do It Our Way", which I love for a number of reasons, but mainly for the lyrics. I also love it because it's the unofficial theme song for Weight Watchers in the UK, and is featured in this AWESOME commercial:

Every single person in this commercial is a Weight Watchers member. Except for Alesha Dixon, of course (I think).

I get goosebumps every time I watch it. Not just because it's so inspring, but because it also reminds me of the summer of 2001, which my husband and I spent in London. I love London! I had joined Weight Watchers back in the states and I continued attending meetings in London. All the members and leaders I met were wonderful. While I was there I stayed fit by exploring the whole city on foot and I regularly swam in an indoor poor just like the one in the video! Since I officially lost "two stone" (28 lb) during my stay, my London Leader gave me a 10% keychain to celebrate, which I still have.

I like to watch this video whenever I need a little boost of inspiration. Do you have songs or videos like that?

Today is Mexican Independence Day (please tell me you knew it wasn't Cinco de Mayo), and this is also Hispanic Heritage Month!

I am so proud to live in a country that celebrates our diversity and I love learning from the cultures and traditions of my neighbors. I thought this video was the perfect way to celebrate Hispanic Heritage Month, Los Lobos at the White House!


Stay tuned for a muy fun HHM craft project and giveaway, you're gonna love it!

A Good Morning Starts With A Good Night #Positivisimo

How'd you sleep? I don't know about you, but I've never been what you might call a "Good Sleeper". For as long as I can remember, I've had trouble falling and staying asleep. Recently, though, I'm glad to say that's changed. I like to think it's because I've been drinking a glass of nonfat milk every night before bed, since I've been getting 2-3 servings of milk per day as part of my diet regime. Turns out, that might actually be why I'm sleeping better!


Unlike me, my kids have always been good sleepers-and they've always enjoyed a glass of milk before bed. Coincidence?

PODCAST: Episode 32-The missing link in your diet plan: Humor?

Forget hyped-up pills and quick-fixes: the secret to your long term weightloss and fitness success may be a good attitude and a sense of humor. Join us as we discuss the importance of levity for, well, levity! It's no wonder Betty White still has us in stitches over 20 years after The Golden Girls-all that laughter has kept her going strong!


This post, written by me, was originally published at MomfiaInc last year, on the 10th anniversary of the September 11th attacks.

Email ThisBlogThis!Share to TwitterShare to FacebookShare to Pinterest
Labels: Gratitude

You can be Mary, I'll be Rhoda #Hiya

Happy Sunday Everyone! Hope yours is going as well as mine.  Last Sunday I was kind of bummed out after my Weight Watchers meeting, I had gained 0.6 lb thanks to a lethal combo of entertaining out of town guests (which is fun, but fattening) and my refrigerator being broken, which meant I was eating out EVERY DAY-YIKES!