How are we all holding up? We're in the election home stretch and, as promised, I'm here to share the results of my Great Taco  Experiment! Yes, I did it, I ate a meal at a taco truck every day for 30 consecutive days. Those of you who follow me on Instagram and Twitter got to come along for the ride, but for brevity's sake, here's a quick slide show of the entire experience:


So what were my takeaways (pun intended) from this little project? Here's 10 things I learned.

1. I had no idea how many people (by which I mean anyone) would view my eating tacos as a political act targeted against them personally instead of targeted at the narrative that is being churned out by a particular political figure. Really? I'm just eating tacos and poking fun at a demagogue's racist rhetoric. I thought that was something we could all get behind, right? Wrong.

2. Turns out people don't like even the suggestion that they might be racist by association. Even if by "suggestion" you mean "eating tacos". I quickly realized how naive I had been going into this. I mean, if people are this offended by my eating tacos and posting it on social media, then they must really agree with this guy, no?

3. You know what really helps when you realize people you've known for years and years may be racist and may harbor racist feelings about you specifically? Eating more tacos.  I'm totally not kidding, it really helped.

4. Tacos trucks  provide delicious, actually rather nutritious food to the masses at unbelievably low prices. The best fish taco in town (at Kiko's Place) will run you an entire $1.75. And two tacos make more than a meal.

5. Taco trucks are a meeting place for every social and economic class to gather over their love of tacos, learn about each other and create a sense of community. Not once did I hear anyone getting into a political argument or putting down their fellow man while standing around a taco truck. Which is not something I can say about my local post office, frozen yogurt store or home improvement mega-store.

7. There are nowhere near enough taco trucks in San Diego, let alone the USA. In fact the only downside to my taco truck odyssey was the amount of time I had to spend looking for taco trucks.

8. Taco tucks provide valuable income for surrounding businesses. A great taco truck is a boon to anyone's brick-and-mortar biz, no matter what it is.

9. Taco Trucks are as American as Apple Pie and Marshmallow Fluff. Especially in the West, also known as "used to be Mexico".

10. While not all the taco trucks I visited were operated by immigrants (some were Latino Americans born in the USA), many were. Like most immigrants from anywhere in any field, they worked tirelessly to provide quality service, even during a week-long extreme heatwave in which hundreds of other businesses closed. Workers who had the day off of course didn't want to spend the hot day cooking at home, so guess where they went?

Then there was this day:

If there's one main takeaway from this whole experience, it was this: FOOD IS POWERFUL. As a necessity of life, it has the power to bring us together and it's absence means the end of all civilization. Nothing evokes memories, good or bad, as effectively as food. As I mowed my way through 38 tacos, I remembered the first time I had a fish taco (made for me by a childhood friend's dad who was a fisherman). I remembered my high school years when I ate the "California Taco"- like the "California Burrito", which made it's debut during my adolescence, it contained carne asada and french fries. No wonder I gained two pounds.

I was completely caught off guard, however, by the taco in the photo above. It was at a taco truck I'd driven by countless times during the last couple of years, but had never visited. When I finally pulled into the parking lot I was astonished to discover that Tacos El Ranchero (at the Telegraph Canyon Road on-ramp to the 805) served, pretty much exclusively, exactly the dishes I grew up eating and almost never find in restaurants. Tacos made from cabeza (yep, head) and lengua (tongue) were never my favorite as a kid (though my late dad adored them), so I chose tripa (tripe).

I took the tiny taco (only about 4 inches wide) to my car and couldn't resist sneaking a bite. Immediately, tears flooded my eyes and before I knew it, I was sobbing into my tripa right there in the parking lot at Tacos El Ranchero. I couldn't figure out why at first, but eventually the memories of childhood barbecues started surfacing. All my cousins (I have 18 first cousins alone) and aunts and uncles singing and talking loudly and running and even fighting while my grandfather happily grilled tripa on the barbecue he'd built himself in the backyard. When my grandfather got too old to stand over the grill, my Uncle Chuy took over tripa duty-and his recipe was even better. Like my dad, both my grandfather and my Uncle Chuy are long gone. I never realized until that moment in the parking lot just how deeply I missed them, that I never thought I'd ever taste tripa again, and how grateful I am to have grown up in this country, at this time, in this family, eating this food.

They would have gotten such a kick out of this whole taco truck thing. My dad and his brother were the first members of the family to attend college-for their generation just finishing high school was a huge accomplishment. My grandfather was a cowboy and in many ways a very traditional, macho, Latino man, but he was also the biggest champion of diversity I've ever known. All three men faced a great deal of discrimination during their lives, but they never let it stop them from pursuing their dreams and setting an example for the rest of us.
When you encounter folks with an "us against them" view of their fellow citizens, for whatever reason, I hope you'll respond as my dad, grandfather and uncle always did, with patience and compassion and the offer of a taco. 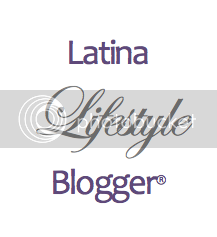