Is it over yet?

What a year, right? Are you kidding me?

How are you all holding up?

I have so many questions.  But I also have a BUNCH of news.

FIRST: After much deliberation, I finally decided to take the plunge and change the URL of this blog. The old one (NachoMamasBlog.com) was starting to get in the way, since my handle on all my social media is @ShesNachoMama. Also, since starting this blog, there have been a number of Mexican eateries called "Nacho Mama's" that have sprung up around the country and I figured they could make better use of it than I. So BEHOLD-my new URL!  SHESNACHOMAMA.COM

I honestly don't know why I waited so long! It's so much easier having everything match!

SECOND: Richard Simmons Studio, "Slimmons", closed. WAAAAAH! I went to the final class and will share my experience in my next post. Stay tuned!

THIRD: The elephant in the room. THE ELECTION.

As you all can imagine, I'm disappointed to say the least. Not so much in the outcome as in the aftermath. The very next day I was already hearing from neighbors and friends that they were being harassed and threatened just walking around in broad daylight. I'm not going to lie, I was pretty upset for quite a while. Those of you that have been listening to my new podcast with Sue (OMG THAT'S RIGHT-I HAVE A NEW PODCAST! WITH SUE!) have heard my initial feelings. They were raw, to say the least.

But I wanted to do more. I spent a long time pondering what I could do, with the skills that I have, to help. Then, almost two weeks ago, my husband and I were watching the season finale of "LAST WEEK TONIGHT" -you know, with John Oliver?  (WARNING: NSFW)

I immediately texted my SIL, Joey Hendrix, with whom I've collaborated on many such projects. "Wanna do a 2017 calendar with 12 artists supporting 12 causes and call it "F*CK 2016"?"
Somehow, she immediately understood what I was talking about and agreed. Then we got to work. We knew we'd need to launch TODAY, because Cyber Monday, right?

12 amazing artist friends agreed to send us a piece of black and white artwork on, pretty much, NO notice. We also asked each of them to name a cause to receive their portion of the proceeds from the calendar.

We asked our brilliant writer friend, Andrea to write a scathing, hilarious letter to 2016.

We asked our other crazy talented friend, Matthea, to shoot a commercial.
As you can see everyone delivered.

Choose from one of THREE VERSIONS! 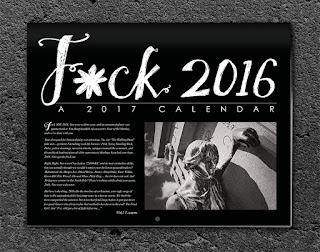 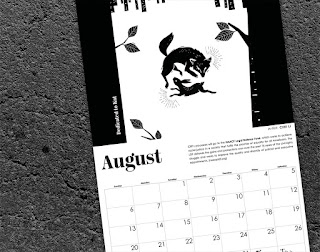 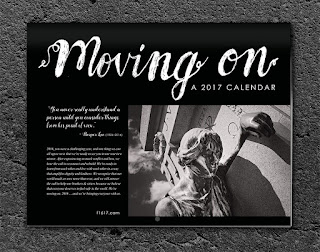 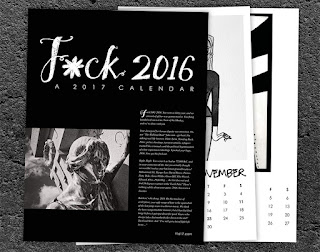 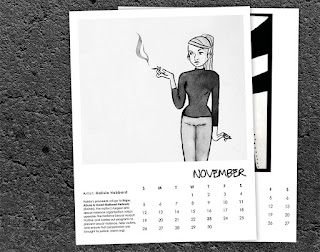 Learn more about the artists and causes at F1617.com.

ORDER YOURS TODAY! It's the perfect gift!

Want to own a piece of original artwork from F*CK 2016? Our friend, David Garcia (@KeepItUpDavid) did this awesome maze, featured in March: 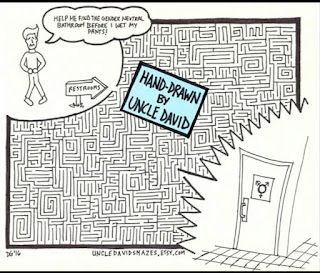 He's selling the original art HERE. Proceeds go to all the causes supported by the calendar!

Okay, this post has gone on long enough.
I hope the rest of your 2016 is blissfully uneventful, and I hope you'll consider purchasing a F*CK 2016 or MOVING ON calendar this holiday season. How are you coping with the stress this holiday season?